I started collecting coins seriously when I was in 3rd grade. I know, kind of nerdy, but hey. There were copies of the Numismatist in the school library that I could look through when our class went there once a week. I wasn't sure what the word Numismatist meant, or how to pronounce it, but I knew there were some great coins in it and that's all that mattered. One day my mom's friend found a coin while the builders of their new house were digging up the driveway. She told her to give it to me because she knew I was interested in coin collecting. I looked it up and found out that it was a 1785 Bar Cent, and at the time it was worth around $300. I about fainted. When I took it to a local coin store, they told me there are lot's of counterfeits out there and they weren't certain, but they did not want to take a chance and offered me five dollars. But being 9 years old, I knew that five dollars would buy me some slot car supplies, so I accepted the offer. To this day I still wonder if it was a real 1785 Bar Cent. Since then I have studied that coin and I now know how to tell if one is genuine, or just another coin to trade for slot cars. Through the years I have collected and studied many types of coins. Pretty much all of the United States coins were what I spent the most time with and assembled a nice type set. Then World coins caught my attention and I put together an album of one coin from every country. Now, in the last few years, I have been fascinated with Ancient and Medieval coinage. But my collecting didn't stop there. Paper Money and Stamps needed my attention, and I gave it to them. And then came Ebay. Now I could find all of those old toys and electronics I had when I was a kid! Now because of my occupation as a website designer and social media strategist, I built this website to share with you some great collecting resources. From time to time I will be listing items from my private collection. Hard to let all of these great items go, but I promised my wife I would begin the process. Hence, this website.

To make you feel confident with shopping on my site, let me give you a little background. I began selling online back in 1995 with the release of my album, “The Judge at E”. It's a cool contemporary instrumental album I produced to match the choreography for equestrian dressage freestyle competitions. You can listen to some samples and buy a copy here: 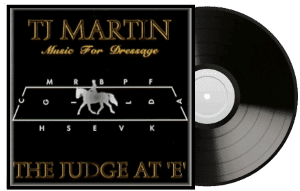 That got my feet wet online. It was relatively safe to buy online then. Most people back then didn't have a home computer and if they did only a small percent could access the internet. America Online (AOL) 2.0 was the most popular platform. But the web has changed a lot since then. From the just over 20,000 websites on the entire internet, to well over a billion today. It’s easy now to find a store selling coins or collectibles online, but finding a site you can trust is a little harder. I have spent years conducting business through the online giants eBay and Amazon, and have received not only their highest ratings, but also 100% positive feedback from my customers. And finally, if you or your business would like a revenue producing website, please contact me at Monarch Media. I am also available to promote you through social media. Click on the logo for more information:

We use cookies to ensure that we give you the best experience on our website. If you continue to use this site we will assume that you are happy with it.OkPrivacy policy